Autonomous Non-Profit Organization “The Russian National Ballet “Kostroma” is one of the youngest professional dance companies in the Russian Federation that perform in the genre of folk art. For the last twelve years the Ballet artists have represented Russia and Kostroma Region in home tours and abroad. There are more than 150 solo concerts annually. In 2013 Kostroma City Administration gave the Ballet the official status of “The National heritage of Kostroma Region”. 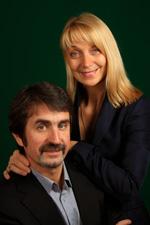 The Ballet is also well recognized in the world: it has given more than 45 tours in almost 30 countries and its participation in the gala-concert for VIP guests of the International Olympics Committee and the heads of sports delegations in Sochi during the 22nd Olympic Winter Games in 2014 received high appreciation of the International Olympic Committee and its President, Mr T. Bach.

The Ballet is involved into the following large-scale federal and international projects:

1. Heroic and historical tour of Russian hero cities called “Back Home with Victory!”
The patriotic project dedicated to the 70th anniversary of the Great Victory is especially important in the present day situation. The monumental play recreates the atmosphere of extreme concentration of all the Russian people in the face of tough challenges and hardships. There are more than 150 people engaged in the show: the artists of “Kostroma” Ballet, the Symphonic Orchestra of Kostroma Philharmonic Society and the artists of the Central Academic Theatre of the Russian Army. The scriptwriter and the Artistic director of the show is Yuri Tsarenko, an Honoured Arts Worker of the Russian Federation.

The anniversary events are held in accordance to the President’s Order dated 25.04.2013 No 417 “On preparations for and the celebration of the 70th anniversary of the Victory in the Great Patriotic War of 1941 – 1945” and under the auspices of the Russian Organizing Committee “Victory”. The project can be considered to be a significant cultural part of the aforementioned events since it is aimed at strengthening the relations between the army and the civilians and developing public diplomacy in the light of the threat of terrorism and violence.

The project was realized in April and May 2015 as a charity bus tour of nine Russian hero cities. Only the best concert venues were provided for the show organized mainly for the veterans, military people, cadets and general public.

Taking into consideration the national, patriotic and charity nature of the project the Ministry of Defense of the Russian Federation made a decision to participate in. It gave respective administrational support and provided the Central Academic Theatre of the Russian Army as a concert venue. L. A. Chursina, a People’s Artist of the USSR and other leading theatre actors took part in the show and some military people from the military districts along the route of the marathon participated in the mass episodes of the show.

The official status of the project given to it by the Russian Organizing Committee “Victory” allowed it to be well coordinated with the Federal Ministries and Region Administrations as well as to stress its scale and the importance of the celebrations and to receive federal and local mass media support.

This unique historical show is the most famous and important project of the Ballet since it is a short guide telling the story in the language of folk dance to fellow countrymen and foreigners about the history and the diversity of the national cultures in the Russian Federation.

The distinct style, historical accuracy, the level of professionalism as well as the visual appeal due to numerous changes in the background decorations and costumes are a tribute to the great history of the great country, its warriors with their mighty spirit and the people respecting their roots and the traditions of the ancestors. The show is regularly updated and attracts a lot of attention.

Thanks to the project the Ballet in cooperation with “Intourist” and other large tour operators makes a significant contribution to the development of cultural tourism in Russia. Not only does the project increase the touristic attractiveness of the country but it also stimulates the inflow of investments since it is a well-known fact that the country that respect and values its roots deserve to be trusted in business as well.

In 2014 the Ballet celebrated the 10th anniversary of the guest tours in Moscow. That is definitely a sign of the project being very successful taking into consideration that there are more than 75 performances given every season. Apart from foreign tourists, there are a lot of Moscow residents and Russian citizens from other parts of the Russian Federation as well as representatives of socially disadvantaged population strata (the disabled, veterans, the retired, multiple children families, children from orphanages and foster homes, refugees). The Ballet’s charity programme allows it to cooperate with a number of Funds to support seriously ill children. Virtually the whole buses of children are brought to the concerts with the only idea in mind: to support their will to fight the diseases. The energy and the vital power coming from the stage to the audience are almost physical and reflected in the positive feedback from the audience and numerous letters of gratitude from state and public organizations.

The 2016 season is to traditionally take place in Moscow from June, 15th until September, 15th. However, this time it is going to be on stage of the Folk Theatre.

3. The World Tour of the Russian National Ballet “Kostroma” called “Dance Overture of the World”

This is an upcoming project. “Great Mysterious Rus” show has been extremely successful among the foreign audience. Having being invited by attaches of cultures from foreign embassies in Russia as well as receiving support of foreign impresarios there have been 45 guest tours in more than 30 countries of the world, at that the Ballet has been invited to nine countries more than twice. Completing and refining the large scale historical dance project called “The Great History of the Great Country” and planning tours in South America, the Asian-Pacific region, the Mediterranean (Greece, Italy, Egypt, Spain, Turkey are particularly important for bilateral touristic relations) and some countries in Africa are on the agenda now. Considering the political situation and the potential capabilities of the Ballet to promote the ideas of humanity and peaceful policy of the Russian Federation the primary attention will be paid to the BRICS countries and countries that could become Russia’s potential partners.

Russian big business could be presented in the project for the outside world as the one having rich cultural traditions and showing a high level of social corporate responsibility.

In such a difficult political situation when Russia and its President, Vladimir Putin, are being groundlessly criticized, especially after the Crimea was joined to the Russian Federation, the Ballet’s shows abroad prove Russia’s peaceful intentions on the world arena and prove that different nationalities can co-exist even when they belong to different religions and confessions.

Numerous publications in foreign mass media allow the conclusion that the Ballet’s tours do make a valuable contribution in supporting Russia’s positive image by the means of public diplomacy. On the other hand, the name of the Ballet, “Kostroma”, appears to be neutral when it comes to applying for visas for the artists that makes it easier for the Ballet to enter world cultural and informational space effectively. For example, when Russia was in so called information blockade after the Boing air crash over Ukraine, the Ballet’s artists were given visas for Australia and New Zealand without any delays (and that was at the background of the radical position of Australian government and ostracism against some Russian artists in European countries). Positive feedback in Oceania on the latest guest tour of the Ballet can be viewed on the Ballet’s website at www.nationalrussianshow.ru/ru/anons.

4. Trans-regional project called “Spiritual Health of the Nation: the Innovative approach to promoting the modern national idea” started in 2013

This is another project in the Ballet’s portfolio that aims at solving moral, cultural and physical education of the growing generation in Kostroma Region and other regions of Russia.

The project is supported by the Ballet’s other cultural initiatives: “The Governorate Ballet School” ((Dance College)) has been training young professionals for 14 years to secure the continuity of the unique art traditions of the company. There are more than 150 talented students from different regions of Kostroma Region and other parts of Russia in the College. The projects is already working with municipal cultural and educational institutions in towns and villages of Kostroma Region.

All the projects of the Russian National Ballet “Kostroma” are patriotic in content, socially oriented and, as the feedback goes, very spectacular and bright. The Ballet’s shows engage modern technologies which makes the traditional folk art (the root culture) appealing not only to the older people of all nationalities but also to the young. Multiple guests books full of positive reviews in different languages of the world confirm the Ballet’s recognition.

According to foreign mass media, the Ballet’s shows are Russia’s visiting card.

The Ballet’s owes its success in Russia and abroad mainly to innovations and modernizations of the shows presenting the Great History of the Great Country: the Ballet’s team has to constantly support its image of an up-to-date performer by using advanced equipment, light and IT technologies.

To ensure the Ballet’s stable development the company needs to organize strong promotional, PR and GR campaigns as well as administrative and financial support, mainly at the state level and commercially affluent Russian structures. The Ballet is currently looking for the General Partner.

Having finished the reconstruction of the main building, the Ballet’s administration is currently involved into construction of an adjacent building in the same architectural style. The two buildings are going to make a single space of about 3,000 sq. m. to host a new Inter-regional and International Centre of Ballet Art in Kostroma. The educational process will be all-inclusive: there is going to be so called preprofesssional training of talented children and teenagers from Kostroma Region and other parts of Russia as well as refugees and forced migrants from Ukraine; there is going to be training provided for teachers, workers of culture who work in the genre of traditional folk choreography; advanced vocational training; Magistrate programmes; inviting world-class teachers to be staff members.

We believe that the main strategic goal for the time being is to take the Ballet to the next level of popularity and to create a new Russian brand of traditional folk art - Ballet “Kostroma”. Not only it would achieve the goal be a great contribution to other national choreographic brands but it would also demonstrate the government’s support of the root culture that might refreshen the state policy in general.